Looking into the tragic death of Lindsay Buziak

Posted on February 11, 2011 by vancouverislandmurders

Admins of a bogus facebook discussion group that has frustrated family and loved ones of a murder victim in Saanich, British Columbia, Canada, have been replaced following exposures online by the murdered girl’s father.

On February 11, 2011, within hours of Buziak posting pics and comments online that identified Mary Standell and/or Robin Platts as being associated with several facebook nominee accounts, the offending group has replaced its admins. 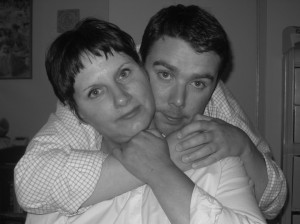 This is the beginning of a series. Truly a fresh start.

Postscript: After Jeff Buziak outed nominee accounts posting in the bogus forum and also in a legitimately investigative discussion group, “Find Lindsay Buziak’s Murderers”, on facebook, Mary Standell posted under her real name – to admit she was behind the pseudonyms and to deny her husband had any role in the campaign: “I, solely posted as Mel Bee and Quinn Tall. Robin did not have anything thing to do with either site, or posting elsewhere.” Standell and Platts have both been employed by the Government of British Columbia in the Aboriginal Relations and Reconciliation (ABR) Communications Office based in Victoria, B.C. That’s in the Ministry portfolio of B.C.’s Attorney-General Barry Penner, the MLA for Chilliwack-Hope. (Standell was Corporate Clerk for the ABR government office. Platts served as Penner’s Communications Manager with ABR.)

Update: In a “cabinet shuffle” on March 14, 2011, MLA (Member of the Legislative Assembly) Mary Polak (Langley) replaced Barry Penner as Minister of Aboriginal Relations and Reconciliation.